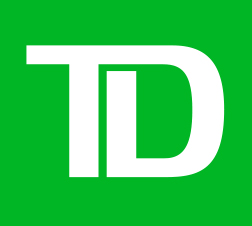 Help TD Insurance improve its positive impact on society and enrich the lives of its customers, communities and colleagues.

Pierre guillaume Noé, Pierre Bardy, Clara Crelier and others are enlisted in the challenge

DURATION OF THE CHALLENGE

The 2020 student challenge (the 'Challenge') is organized by Meloche Monnex inc., trading as TD Assurance Meloche Monnex ('MMI'), and Agorize inc. (the 'Service Provider'), and takes place from January 10, 2020, to June 17, 2020 (hereinafter referred to as the 'Challenge period').

The Challenge is open to all students internationally

who are at least 18 years old (hereinafter referred to as the 'Participant(s)').

Employees of MMI and of the Service Provider and members of their immediate families are not eligible to become Participants.

HOW TO TAKE PART

To take part in the Challenge, Participants must:

Members of the three (3) winning Projects will be awarded the following Prizes based on the final ranking of their Project as determined by the Jury. The three (3) Projects selected by the Jury are ranked from first to third, with first being the best:

Prize money of $2700 for each Team member

Prize money of $800 for each Team member

Prize money of $600 for each Team member

Details of the prizes can be found on Agorize's website
(https://www.agorize.com/en/challenges/td-insurance-2020)

In order to be eligible for and to take part in this Challenge, and in order for any Team to be declared a Winner, Participants[1] must fulfil the following conditions:

In the event that MMI is unable to award the prize as described in these Rules, it reserves the right to award a prize of the same nature and of equivalent value or, at its exclusive discretion, the value of the prize indicated in these Rules.

By accepting a prize, Winners authorize MMI to use, should it so wish, their name, photograph, image, voice, place of residence and statement on the award for promotional purposes without any remuneration becoming due.

Personal information collected regarding Participants will be used only to manage the Challenge.

N.B. The masculine is used in these Rules for the sole purpose of brevity and is not intended to be discriminatory.